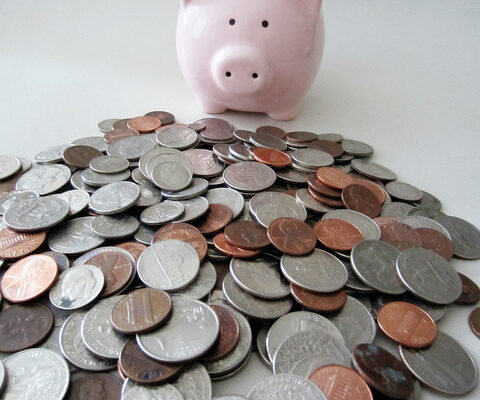 While I’ve tried off and on to make a little money from my website over the years, it’s never been something that was really important to me, primarily because I have another full time job that makes me more than enough money. Another reason is that I personally am not a huge fan of most advertising, as I find a lot of it to be intrusive.

That said, travelling around the world and writing about it isn’t cheap. I likely spend anywhere from $6,000 a year or so on plane tickets, and lots of other money on tourist attractions, subway tickets, bus rides, and of course restaurants and pubs. Some of those expenses would exist if I were back home as well, but some of them are exclusive to travelling.

I know a few travel bloggers who manage to get sponsored trips to various places and as a result have expenses that are far lower than I do. And to them I tip my hat. But for many of them travel is their full-time job, and they can afford to spend a lot more time each day working on it. But for me it’s just something I’m passionate about, and I have mostly been happy to pay for it on my own and tinker on my website in my spare time.

A few years ago I set up a website called TheMigratoryNerd.com in an attempt to make money from a travel blog, but it never quite took off. I found it difficult to decide which content went on DuaneStorey.com, my personal site that had a loyal readership at the time, and which went on TheMigratoryNerd.com, which didn’t have much traffic. Eventually I gave up the effort and merged all my content back into DuaneStorey.com.

A few months ago I decided to make another attempt at making some money via my travels. I shut down TheMigratoryNerd.com over two years ago, and since them I have had a lot of new ideas on how I can provide some value that might be worth charging for. For example, I have two eBook ideas that I’ve been tinkering with, both of which I think would appeal to a wide audience.

One of the main issues I had with my previous travel website was that it didn’t have any traffic, while DuaneStorey.com did. DuaneStorey.com is actually a Google PR6 website, partially due to all the WordPress work I did prior to BraveNewCode. At a PR6 level it means I can often get on the front page of Google for some of my content, something that is very hard to do when you have a brand new website, which by default starts at a PR1.

So this time I decided to try another approach: instead of setting up a brand new website for travel, I simply replaced DuaneStorey.com with this website, MigratoryNerd.com. The main benefit of that is that my travel website starts off as a Google PR6 website that already has traffic instead of me having to start from scratch all over again. All my old DuaneStorey.com posts are still here, and redirect properly, but the main focus of the new website is only travels.

As part of the website changes, I decided to create an entire new look and feel to my website (which is now active here). Part of my rationale for that was that I wanted the new website to be primarily focused on travel, and my old theme just didn’t emphasize that enough.

I also added a few areas for advertising, just to try that out a bit over a few months, and have already given some thought to where I would put an eBook when it is ready.

In terms of a goal, I would be quite happy if I could get this website up to a point where it could generate $500 a month. At that level it essentially pays for all my air travel over the course of a year ($6,000), which would definitely help with the majority of my costs. So when I started making changes a few months ago, my goal was to be making $500 a month a year from now on this site. If and when I reach that goal I’ll likely increase it even more – because come on, wouldn’t it be cool to make enough from a travel website to essentially travel or live in some parts of the world (like Thailand) for basically free?

Another bonus of making money from this website is that once that revenue starts becoming significant, than I can legitimately call The Migratory Nerd a business and start writing off some of my travels as a business expense.

I spent some time going through a few websites that I know have good advice for how to build a loyal readership and also which advertising services most people use nowadays. One resource I used was John Chow’s website, since he is a well-known personality in the Vancouver area that has great experience in this area.

Over the last six weeks or so I have experimented with various advertising and affiliate programs that other bloggers have recommended. Some I liked, some I didn’t. Some I thought were essentially transparent with my readership, and some were a horrible eyesore. So I’ve made changes and adjustments each week based on what was working and what the overall impact was on the experience here.

Here are the services I tried, the revenue they contributed, and my thoughts about each of them.

My main strategy for July of 2013 was to work on monetizing posts that already had existing traffic. I started analyzing Google Analytics data to find which posts were popular, and then headed over to my WordPress admin to see if there was a simple way to monetize them. For example if I reviewed a book at some point and that post was getting traffic, I would put a link to Amazon where an end-user could go read more reviews and potentially purchase the book. But in general found this process to be tiring, mainly because sifting through analytics data daily can be confusing.

I actually like how this little plugin turned out, and it’s something that I may just toss into the free WordPress repository at some point for people looking to monitor post and page traffic in the admin.

Plan For Next Month

In terms of my plan going forward, it seems clear to me that I should focus on Amazon since they have performed best for me. And the truth is I like referring people to Amazon since they are a trusted brand. It also lets me write technology reviews, which I’ve always done, and also make a bit of money from them as well. So basically it’s a way to make money from doing what I normally do anyways.

There’s obviously a potential conflict of interest that comes up in this type of scenario when a person writes a review and then makes money from that review. Does that mean the review was written in such a way so as to maximize revenue (i.e. encourage people to buy a product even though it may not be worth buying)? It’s a good question, and one that a recent conference in Toronto discussed as well.

It’s not a huge issue for me since I own way more books and technology than I actually sit down and review – basically I only review things I really like or that think other people may be interested in. I think I have over 100 books on the Kindle application on my iPad, but have only been motivated to write reviews for three of them so far. That said for the sake of transparency I’m going to add a disclosure statement somewhere on the website shortly letting people know that some links generate affiliate income, but I suspect it won’t make any different in terms of monetization or readership (i.e. most people won’t care).

I’ve been working on an eBook about some of my best tips for earning free travel – that should hopefully be ready soon. It won’t directly make me any money, but I suspect it will bring in some new readers to the website, as well as generate some interest in some of the adventures I have been on.

My goal for July of 2013 was to make $100, but I actually surpassed that by almost $150. So I’ll set a cautious goal for September of 2013 of $300, which is $50 more than I made this month. In general though I’m happy with where things are going, and look forward to the day when I can make $500 a month via this website by doing what I have done for the last three years: travelling around the world and writing about it.