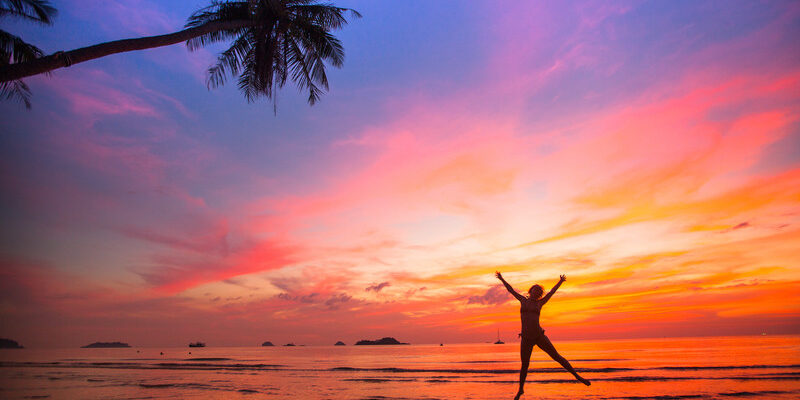 Basically my goal has been to find a way to make a modest amount of money from my website so that I can offset some of the rather large expenses I incur while travelling around the world. While I’ve become quite adept at finding good deals, airfare and hotels are still expensive. So I set out with a rather modest goal of trying to make an extra $500 per month from this website.

In the month of September I made $347 from this website, which is an 44% improvement over last month’s revenue of $240. At this rate I’m only a few months away from my original goal of $500 in one month, although I suspect that I may fall a bit short next month, as I’ll explain shortly.

In terms of revenue, here’s where it came from for the month of September.

If that extra $100 from DigitalOcean eventually converts into real revenue, that would have put me close to $450 this month. But as I mentioned, I’ll leave it out of my calculations for now, since I have a feeling most of it won’t amount to real revenue.

I’ve been tracking a few statistics on the web over the past two month’s to see just how well my website is doing compared to others.

I found my old login for Technorati and updated my information. I don’t know what my statistics were prior, since my website has changed a lot since the old days. My current Technorati general rating is 97, and my travel authority is 91. I’ll keep an eye on these going forward.

I also track SitePrice.org to see what it thinks my website is worth. These tools are really gimmicky, since it’s only really worth what someone would pay for it. But I thought it would at least be another metric to track. SitePrice.org said my website was worth $12,800 at the end of last month, and this month it says it is worth $16,560.

I released my free travel eBook this last month, which generated a bit of traffic. I’ve been happy with the response for the eBook, and am glad that other people can use some of the knowledge I’ve learned over these last few years. I don’t make any money directly off that book, but have asked people to sign-up before receiving it. If I ever do a paid travel book, I imagine some of those same people might be interested in purchasing it if they liked the information I presented in the free version.

Most Amazon affiliates indicate that traffic seems to spike building up to Christmas, and so does revenue. I think Amazon will head steady this next month, but then probably climb leading up to the holidays.

I was also recently approved to be an affiliate of a few of the best travel reward cards. I’m not a huge debt for obvious reasons, but I think travel rewards cards are a great way to earn free travel for anyone that can actually pay off a credit card each month. I have actually earned three complete round-trip tickets from North America to Oceania and South America, simply by charging most of my day to day expenses to my travel card.

I have about 1900 old posts on this site that are basically just categorized as “Journal” and so aren’t really getting much traffic. Most of them are dribble from the early years when I used to post online, but I’d say about 100 of them are still relevant. So my goal is to reclassify and update those articles over the next month since right now Google isn’t even indexing them.

So my goal over this next month is really to build traffic and continue doing what I’m doing. So while my ultimate goal is to make at least $500 per month from this website, I’m hoping to get up to $400 for next month.