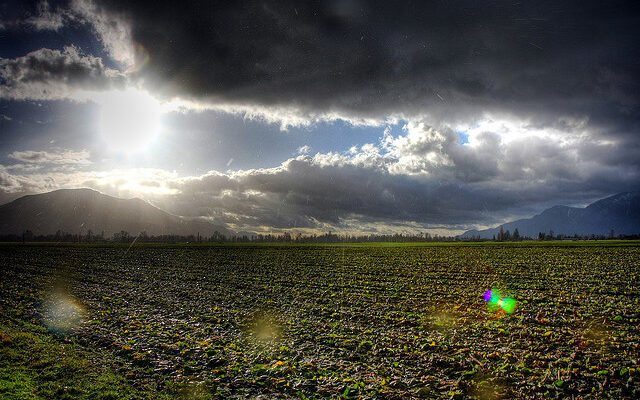 As many people now know, I’m back at home in Chilliwack. I left Wellington a little over a week ago, flew to Auckland, and caught a flight back to Vancouver. I was always planning on being back for Christmas, but decided to leave Wellington a bit early to get back home and sort a few things out.

I have a few more posts to write about the last few months of travel – I’ll try and get those done over the Christmas break. But people keep asking me what my plans are, so I thought I’d detail those a bit here.

First, I decided a few months ago that going forward I wanted to have a home base somewhere for travel. Travel with a suitcase is great in a romantic, care-free kind of way, but rotating through your same four or five outfits and making due with a minimal set of everything does get a bit old after a while. I’ve never really been attached to material possessions, but I do have to say I missed lying on my couch and watching movies a few times while I was on the road, especially since many of the TV channels were in other languages. I also found that I really missed cooking this last year, something that’s hard (at least hard in a non Mr. Noodles kind of way) to do when you’re living out of hostels and short-term apartments.

In Wellington I met up with my friend Natalie who has been traveling around the world for nearly five years now. She had similar thoughts as I did about having a home base, and I was left with the impression that she might be putting down some roots for a while as well. In fact, it’s a similar strategy that Tim Ferris also employs (the book The Four Hour Work week was one of the books that inspired me to set off), and I believe he has a home base down in the Valley somewhere.

So, I’ve rented a place out in my home town of Chilliwack, and finished moving my stuff out of storage a few days ago. I still have a lot of unpacking to do, but I’m going to have somewhere to call home for at least the next year, even if I’m traveling and in some far off country.

Absolutely! Seeing the world this last year has been an amazing experience. I have been exposed to countless different cultures and met so many amazing people. I can’t imagine my life going forward without spending a non-significant amount of time on the road each year.

Just for the next few rounds, I’m going to have a place to go home to when each leg of travel is done. Yes, it’ll cost more than having all my items in storage, and it’ll probably necessitate me taking a different approach to travel as well, but that may be interesting in itself. For example, given that I don’t really want to have an expensive apartment in a foreign country while I’m paying for one at home as well, I might simply try and find cheap home-stays living with a local couple next year. Hopefully if I can cheapen out on my accommodations this time around it’ll help offset the fact that I have an apartment back home.

In terms of my plans, I currently have three tentative trips planned.

First, I’m probably heading to Las Vegas for my mom’s birthday in March. My mom isn’t very well traveled, so my sister and I told her we would go along with her to help celebrate her birthday. I haven’t booked yet, but that one is pretty much a certainty at this point.

Second, two of my friends are getting married in Cape Town, South Africa in March. I’m pretty much broke for the next four to six weeks as I purchase furniture, but I’m hoping in the new year I’ll stumble across a cheap flight and head to South Africa in March. It would be great to meet up with Scott and Sam again (my neighbours in Thailand), and also to set foot on the African continent (which is the only continent I haven’t visited yet, other than Antarctica). Given that it would be an expensive trip with about 30+ hours of travel in each direction, I’m hoping to take at least one or two weeks off of work and actually spend some time on the beach and doing some exploration.

And finally, I’d like to head back to South America again. I ended up making quite a few friends in Buenos Aires, and I would like to head back and visit them again. There are also a few other cities in Argentina I didn’t get a chance to see, so I am hoping to get a chance this time around. And if I can swing it, I’d like to see Rio this time as well. I’m not sure the timing for this one, and it’ll likely depend on how my finances are looking. But likely there will be another six to eight week trip to South America.

For summer I’ll probably hang out around Canada, as the weather here is usually pretty awesome (if you ignore last summer’s outlier). And in the fall, maybe some time in Europe to see Spain and Italy.

But for now I’m going to focus on setting up my tree, getting back into a gym routine, and enjoying the absolute bliss that 50 mbps Internet provides.