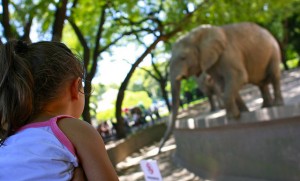 So, I’ve been in Buenos Aires a little over three weeks now. This last week was pretty uneventful, as I’ve been working quite a bit and also spending six hours a week in Spanish lessons.

Truthfully, I’m probably going to scale the lessons back here shortly, as I’m finding it pretty hard to fit them in and still have time to get out and enjoy the city. So I may scale back to two nights a week, or possibly even one. I also hadn’t explicitly budgeted for Spanish lessons, so I don’t want to use up all my travel money with lessons, especially since I have quite a few books around here as well as events I can attend to get a bit more practice.

Without a doubt, learning a new language is challenging. I spent four years learning French in high school, and I still wasn’t conversational in it when I finished my last class. I could obviously put together basic phrases, but without real world exposure it’s pretty hard to translate a textbook into usage. So, I’m hoping to accomplish here in three months what took me nearly four years back in high school to accomplish with french – obviously it’s a fast pace, and I’m going to have frustrating moments. But, given that Spanish is very widely spoken in the world, I think it is a great language to know and I’m hoping I’ll know enough of it when I leave to strike up conversations in other countries.

Gus is heading back to Vancouver tomorrow, and I’m going to be meeting up with Gus and Russ tonight for our last dinner together before he heads home. It’s been a lot of fun hanging out, and I definitely enjoyed the journey to Montevideo. In about 60 days I’ll be making a similar journey down to the airport, over to Houston, eventually ending up in New York City.

Buenos Aires is the big stop on my trip, lasting for nearly three months. Why I picked that amount of time, I’m not entirely sure. I hadn’t really planned on using this trip to learn Spanish, but now that I’m here, it seems like a logical thing to do. I still have a lot to see in Buenos Aires, as well as a few sides trips to various locations such as Iguazu Falls, so that will be a lot of fun. Whether or not I’ll be hunting for new experiences in March is anyone’s guess, but I think I have enough to keep me busy until then.

I’m not sure if I’ll make it to Machu Picchu at this point. I would definitely like to go there, but it’s still a pretty significant trip to make from here, and involves flying to Cuzco via Lima, Peru. If I don’t go on that trip, it’ll mostly be because of cost, but I still may be able to swing it. Igauzu Falls is somewhere I’ll definitely visit though, as it’s doable as weekend trip from Buenos Aires.

I don’t really have any big plans for the weekend, other than a party I got invited to tomorrow. I’m pretty beat, and haven’t slept in for quite a while now, so I’m looking forward to getting a good night’s sleep tonight and sleeping in tomorrow. I’ll probably hop on the subway tomorrow and find a new area of town I haven’t seen yet and check it out. On Sunday I’m looking forward to finding a quaint little coffee shop somewhere and reading a few more chapters in my Spanish book.