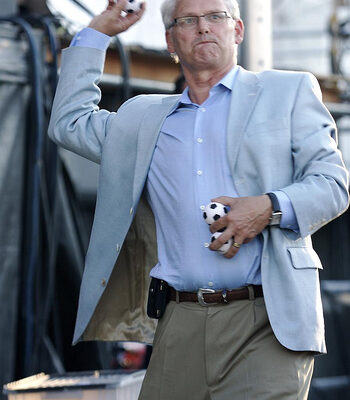 I didn’t see it live, but I read the highlights, and it’s pretty much exactly what I thought it would sound like. Whenever I see Gordon Campbell talk, I can’t help me feel that he’s talking down to everyone, and that’s the perception I was left with after reading his speech.

First, he apologized for not giving the province a heads up about the HST, but Ottawa didn’t give him enough time. If that doesn’t sound like the biggest copout ever, I don’t know what would. Even if that’s true, you gotta wonder about any deal that’s shoved down your throat with a ticking stopwatch attached to it.

Second, while I like having more money in my pocket, I’ve never really understood why politicians give tax breaks when they are running big deficits. While, I guess I do understand, it’s obviously political. But ultimately it just puts the province further in trouble, and serves to kick the can down the road for later.

I’ve actually read that consumption taxes (i.e. the HST) are better than income taxes because they only punish spenders, not savers. So, with that in mind perhaps getting rid of 15% of income tax and having the HST around may be a decent tradeoff. But still, the more I hear from Gordon Campbell, the more I look forward to a day when he’s not at the helm.

What did you guys think?