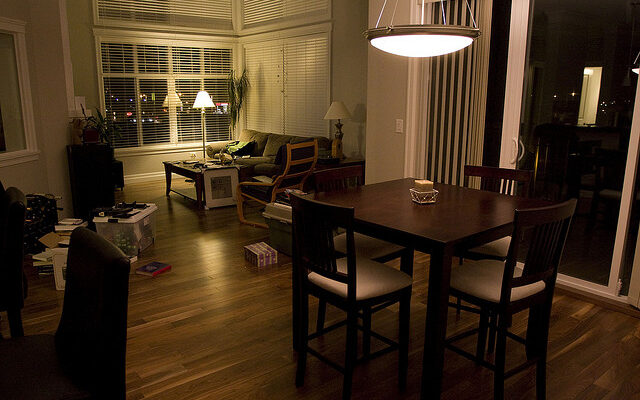 I just left my old place where I did the final inspection with my landlord. As I blogged about previously, he was a bit flustered when he came by a few weeks ago, probably because he was towing the original owners of the suite along behind him. I had a bit more time to chat with him today, and as I suspected, the owners are a bit hard to deal with.

For the most part, he thought the apartment looked really great. The only complaint he had is that the carpets in the second bedroom hadn’t been shampooed. I purposefully didn’t shampoo those ones because it was just a guest room and it was hardly ever occupied. I wasn’t aware of it previously, but it’s actually a requirement for tenants to shampoo all carpets at their own expense prior to moving out (if the tenancy is greater than a year). I looked it up, and that appears to be correct. So, it’s a legitimate complaint.

But he said if it were up to him, he wouldn’t charge me for it. That is, the owners will be by later and if they complain he might have to do something about it.

The thing is, my landlord not only didn’t bring in the original condition report for the apartment, but he didn’t fill out another one with me. So according to the landlord tenant act, he’s no longer entitled to charge me for anything, since we have to agree on the damage and the charges prior to me moving out. In fact, I need to sign that document to make it enforceable, otherwise it goes to arbitration.

I would like a decent reference out of him when I get back from traveling, so I’m going to be reasonable about the carpet. If he wants to deduct a reasonable amount to have it cleaned, I’m fine with that. I even offered to borrow a steam cleaner and come do it real quick. So, we’ll see what happens.

But in short, he was very happy with the state of the apartment, and didn’t really spend too much time nitpicking anything. I gave the keys back, and I am officially homeless for the next month (although living at my dad and step-mom’s place).