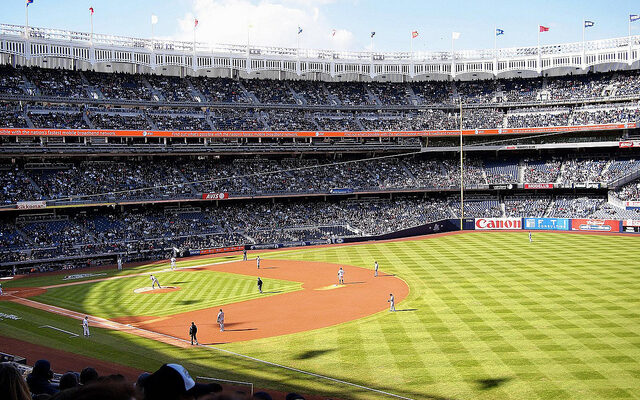 I’ve been going pretty much non-stop since last Wednesday. It’s hard for me to believe that less than a week ago I was sitting in the airport in Buenos Aires getting ready to leave. Since then I’ve flown for 15 hours, been molested in Houston airport, and spent five days bouncing around New York City with my friend.

Before leaving Canada I managed to pick up a prescription of Ativan to help with airplane anxiety. I actually have a mild-phobia of hurtling through the atmosphere in a huge pressurized cylinder. I don’t let my fear stop me, but I get extremely anxious during high bouts of turbulence, enough that I’ve come close to fainting on more than one occasion. Or normal flights you’d probably never know I was anxious, but whenever the plane starts bouncing around you’ll notice my white knuckles on the armrests from a mile away.

In truth, Ativan has been a godsend. My doctor told me to try them out before getting on the plane since the last place you want to have some weird reaction to new medication is at 35,000 feet. I found that one didn’t really do much for me, and that two pills was sort of the sweet spot. I haven’t had more than that, but two does a pretty good job.

It doesn’t remove the fear, it just seems to somehow make you stop caring about it. For example, on this last flight I was flying through some turbulence near the equator and it didn’t even phase me. It was more of a mild annoyance instead of the usual fear-inducing event that it normally is.

The only downside is that it seems to affect short-term memory a bit. I know I flew from Buenos Aires to Houston, but I only have bits and pieces of the memory. Since flying usually sucks, that doesn’t bother me at all, and I’m thankful that I can go on a long haul flight now without getting anxious or paranoid.

I had a two hour layover in Houston, just long enough to clear customs and head over to my connecting flight to Newark airport. I received an email a few months ago letting me know that thanks to my Nexus pass I was now allowed to use the Global Entry Kiosks in various airports around the US. Since Houston has a few of them, I bypassed the entire line and decided to give them a go. The machine asked for my passport as well as my fingerprints (which were obtained using a little pad attached to the machine), and then a customs form was printed out. The customs agent at the counter glanced at it and just waved me through, so I was through the entire process in about 90 seconds or so.

My flight to Newark was pretty uneventful, mostly because I was fast asleep before the wheels even left the ground.

I was always planning on coming to New York City prior to heading to Ireland. New York is one of the most energetic cities I’ve ever been to, and there’s no end of great food and entertainment in the city. Here are a few photos from the course of the weekend (all of them taken with my new Olympus E-PL2 micro-four-thirds camera).

I spent the weekend trying out great restaurants, and also managed to catch a Yankees game during opening weekend. All in all it was a really great weekend, and New York City once again lived up to its reputation.

I’m currently sitting in the Heineken Lounge in Newark airport getting ready to board my 7:30pm flight to Ireland. The flight is only about 6 hours long, and I don’t imagine I’ll get more than an hour or two of sleep before I land. With the time change (5 hours ahead) that basically means I’m going to be a complete zombie tomorrow. But hopefully I can compensate with some Irish beer.

My friend Andy is picking me up at the airport at the ungodly hour of 7am. From there, I’m not sure what debauchery we’ll get up to. But I’m sure it’ll involve beer at some point.

I’ll do an update from Ireland when I get a chance, possible when the weekend is over and I’m on my way up to Scotland, which happens on Monday I believe.