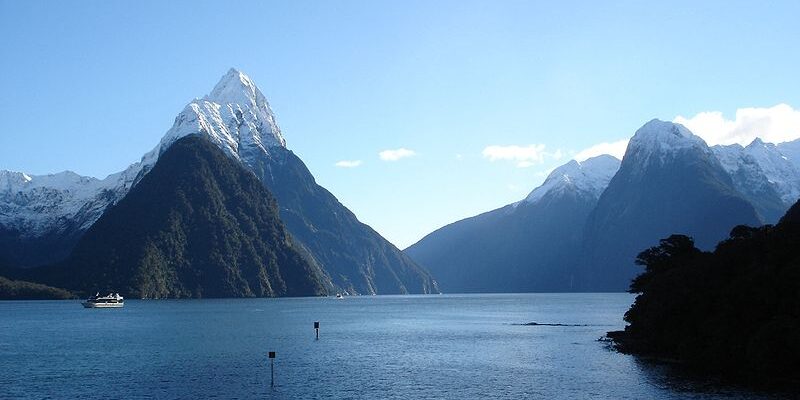 I’ve been alluding to it for a few weeks now, but I’m pretty close to buying my plane tickets for the fall. I was originally planning on going to New Zealand, but a few friends convinced me to add Thailand to my list as well.

As everyone knows, Lord of the Rings was filmed in New Zealand, and the geography shown in the movies is absolutely breathtaking. Since seeing Fellowship of the Ring in 2001, I’ve been dreaming of someday being able to visit the country and do some exploration. As an added bonus, filming for the The Hobbit movies is currently underway, and it’s possible I may get to see some of that when I’m down in New Zealand, which would be cool.

Whenever I met a world traveler on my previous four month adventure, I’d always ask them what places were their favourites. Almost without hesitation, anyone who had visited New Zealand ranked it either #1 or #2. My friend Andrew from Ireland (who I met in Buenos Aires) even went as far to rank Wellington, New Zealand as his favourite place in the world so far.

So, I’m excited to finally visit it.

While planning for New Zealand, my friends Scott and Sam let me know that they were going to be in Thailand, and that I should come along at the same time. Considering I was going to leave Vancouver at the end of August, that schedule lines up perfectly with when they are going to be there, and allows me to kill a bit of time while New Zealand warms up.

There was a list printed a few years ago of the top destinations in the world for expats. Argentina ranked #1 on that list (where I spent January to March of this last year), and Thailand ranked #2. So it’ll be interesting to contrast and compare the two destinations.

My current plan is to leave Vancouver around August 31st and head to Thailand. Scott and Sam are in a similar situation as me in that they are working as they travel, so it’ll be good to have some company while working during the days (or evenings, depending on how things go). I’ll probably stay for two months in Thailand, and then fly to Auckland via Kuala Lumpur around October 31st or so (just as it’s heading into late spring and early summer in New Zealand).

I’ve been told December and January are the nice months down there, so when I head back to Vancouver is up in the air. My family would be disappointed it if I didn’t come back for Christmas, but given how far and how expensive it is to get from New Zealand to Vancouver, it’s possible I won’t make it back for Christmas this year (which would be the first time ever). But, I’d have to play that by ear.

I’ll probably spend a bit more time making plans this week, and hopefully book some flights next week. Right now I can do the whole trip, Vancouver to Thailand To Auckland to Vancouver for around $2,000, which is a pretty awesome deal considering how much traveling is involved.