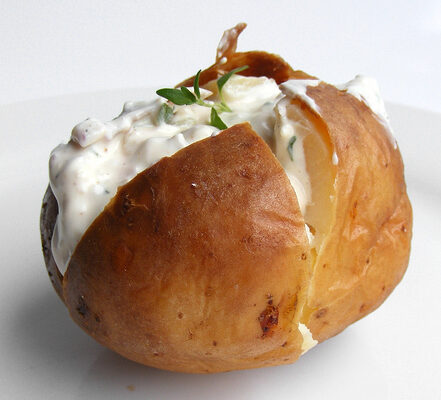 In 2004, Duke University completed a study of the Atkin’s diet and released the results to the world. The results of the study showed that not only did people lose more weight on the Atkin’s diet when compared to the conventional low-fat diet, their blood cholesterol profile also improved, ultimately reducing their risk of heart disease.

Prior to the Duke study, most people in the medical community passively dismissed the Atkin’s diet as both unhealthy and even dangerous. Robert Atkins, despite having a thriving medical practice which treated over 50,000 patients, was labeled a quack, and was even called before congress for a public scolding about his diet.

When the Duke university study was published, it caused the medical community to finally sit up and take notice. Ultimately the press around this event led to Gary Taube’s controversial article in the New York Times entitled, What If It’s Been A Big Fat Lie, and helped set off what was known at the time as the Low Carb Craze.

To understand how a low carbohydrate diet works, you first need to understand the hormonal regulation of fat. There are two primary hormones that control fat within the body. The first is insulin, well known amongst all diabetics. Insulin is a catabolic hormone, and causes fat to accumulate in cells. Whatever stimulates or elevates insulin will lead to a hormonal state that preferentially favours fat accumulation. The antagonist to insulin is glucagon, which causes fat to be released from cells and ultimately be converted into blood glucose.

So what causes insulin to be elevated?

In fact, one of the best diets ever devised for losing weight is based on a 1,200 calorie a day diet lacking both in carbohydrates and protein. The lack of both macronutrients in the diet causes blood insulin levels to drop, which subsequently causes a rise in glucagon and the release of fat from the cells. On this diet, it’s easily possible to lose over a pound a day, simply because the hormonal state of the body is set up such that the storage of fat, which requires insulin, is essentially impossible.

Unfortunately a diet lacking in protein is unhealthy, and will cause the body to break down muscle to meet it’s protein requirements. But a form of this diet was once prescribed for people that had trouble losing weight on other dietary regimens, and it was very successful.

At the heart of low carb diets is a reduction of blood insulin by the removal of carbohydrates from one’s diet. In this state, insulin will drop, glucagon will rise, and the body will start converting fat into blood glucose by the process of gluconeogenesis. While glucose is required for the brain to properly function (which is more than satisfied by converting fat into glucose), the rest of the body can function perfectly normally (and actually more efficiently) using ketone bodies, which are a byproduct of fat metabolism. In fact, prior to the modern era that introduced fast food establishments to every street corner, starvation was considered a normal and essential process that would satisfy the body’s need for energy by breaking down fat reserves.

To understand the effect of dietary carbohydrates on insulin, many researchers began to quantify the amount of insulin released for various types of dietary carbohydrates. A person looking to lose weight would find success by reducing blood levels of insulin, which can generally be accomplished by reducing carbohydrates that cause large insulin spikes. In general, foods like sugar, white flour, chips, and other simple carbohydrates cause large insulin spikes. These foods are a result of the modern food system that preferentially favours cheap foods that have long shelf lives. In contrast, many of the foods that most of us would intuitively think are healthy such as whole grain breads and vegetables produce relatively low amounts of insulin, which would make it more difficult to store fat.

Despite what many people believe, exercise has never been shown to result in any significant weight loss when studies were done on large groups of people. Exercise has other benefits, such as increasing muscle mass and increasing HDL cholesterol (also known as the good cholesterol). But in terms of causing direct weight loss – the evidence just doesn’t back it up.

What does seem to help people lose weight though is resistance training (also known as lifting weights). Based on the conventional dogma, this occurs because muscle is metabolically active and weight training naturally causes muscle mass to increase. From an insulin perspective, it has been recently shown that resistance training not only increases the mitochondria content of muscle cells (mitochondria are the power-houses of the cell that increase energy consumption and output), but also significantly increase insulin sensitivity of muscle cells. With regards to the latter, several studies have shown this increase to be on the order of 60%. In other words, after a 12 week program of resistance training, diabetic subjects (which in a lot of ways have similar body chemistry to overweight people — many overweight people are in a pre-diabetic state) has an increase in insulin sensitivity of about 60%, naturally leading to a reduction of blood insulin levels of about 40% when tested with the same control meals. So in the context of low-carb, resistance training leads to a whole-body reduction in insulin levels, making it easier to lose fat and harder to store it.

To determine which foods cause insulin spikes, one only needs to look at the Gycemic Load. The glycemic load quantifies the amount of insulin that is released for various test foods, and can be used to guide diets and people who want to eat a bit healthier. While some people may wish to eliminate completely all foods that cause insulin spikes, even a basic understanding of the glycemic load and small adjustments in one’s food habits may lead to reduced insulin level, which in general is a good thing in the context of being healthy (another side effect of insulin is that it causes fat storage in cells other than fat — for example, coronary heart disease is thought to be caused by insulin directing fat to accumulate in the walls of arteries).

High insulin values also have another undesired affect – lethargy. That’s partially why most people feel tired after eating a high carb meal (how many people need a coffee after lunch?). At the hormonal level a high carb meal causes both blood sugar and insulin to rise. If insulin levels rise too much, blood glucose is immediately shunted into fat cells, leaving muscle cells in a state of starvation. This phenomenon is known as internal starvation, and explains why many obese people have little to no energy — their hormones are directing all their energy into fat storage instead of causing it to be burned by muscle cells.

So, if you’re looking to try and eat a bit healthier, one thing you can try to do is to reduce the glycemic load of the foods you are eating. In most people, you’ll probably notice a bit more energy and a reduction in the need to caffeinate yourself to stay awake after most meals.