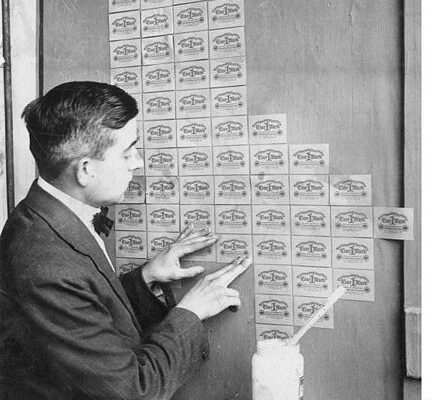 It’s no secret that most of the organized governments in the world are essentially broke. The current debt to GDP ratio in the United States is almost 100%, a fairly incredible number that continues to rise. That number alone indicates that the US is in poor financial shape, and it’s not even that accurate a number. For example, the US has a number of off budget items that are technically debt as well – all the Freddy May and Fannie Mac purchases, Social Security (the US has been taking the money every year and basically putting an IOU in its place) and Medicare. If you factor in all of those items, realistically the debt-to-GDP ratio of the US is more like 500%.

The United States only has a brief amount of time to get their financial house in order. Already the debt load in the United States is crippling the country, and the only way out is to either default on their debt obligations or to make exceeding difficult cuts at home (which the US has never been able to demonstrate that it can do). In fact, when Nixon pulled the US off the gold standard in the early 70’s, he effectively showed the world that the US was insolvent (since as part of the gold standard the US was obligated to redeem every $35 worth of USD by an ounce of gold – the entire world financial economy depended on this fact).

Since the US Federal Reserve was established in the early 1900s, the United States dollar has lost nearly 98% of its purchasing power when compared to more tangible items such as gold. For example, an ounce of gold in 1930 would buy you a very nice suit if you were a guy. Today an ounce of gold is worth around $1,300 USD, and would still buy you a very nice suit. So the purchasing power of gold is roughly the same as it was 100 years ago. The US dollar’s purchasing power is far less, 98% less in fact (what you would have paid 2 cents for back then now costs you almost a dollar).

I want to include a video by Peter Schiff that he put on his company’s website last week that talks about a few key areas, most notably the pure lunacy that China and Japan should have a lower credit rating than the US (in fact, last week a rating agency in the US alluded to the fact that they may be forced to downgrade the rating of US treasuries soon unless the US can demonstrate better financial sense).

I even read an article last night where Ben Bernanke, the chairman for the US Federal Reserve (and in my opinion, one of the people responsible for recklessly destroying the US dollar via Quantitative Easing), hinted that the US has a severe debt problem as well and needs to act immediately – it’s probably the only thing he’s said that’s right in a long time.

It’s also ironic that Ben Bernanke has been saying over and over that Quantitative Easing won’t affect inflation, and yet the world has just hit record food prices. The US is just one piece of the puzzle, but other countries are inflating their way out of their own debts as well. Printing money (or easing credit, they both are similar) lead to the same thing: an increase in the money supply. That eventually leads to higher prices, since people have more money available to bid on the same items. Inflationists say that it all works out in the wash, since incomes slowly rise as well to match inflation. But the problem is there’s a delay in the whole process, and during that delay wealth trickles from the bottom up, and the lower and middle class predominately get penalized for it.

It’s also ironic to me that governments are complaining about rising food prices, and yet seem oblivious to the fact that they are likely causing them. Around Christmas time I read a book on the Weimar Republic and how they destroyed their entire currency. The one prevailing theme throughout the whole book was that the people who were causing the issues in the country were the ones that couldn’t believe that they were the cause. The Weimar Republic continued to blame other countries for debasing their currencies (ring a bell? The US continues to blame China for debasing theirs), and couldn’t understand why prices continued to rise in their own country. Eventually the inflation became so bad that it became hyperinflation, and the currency spiralled out of control and eventually crashed. The history of the Weimar Republic has many uncomfortable parallels with the current situation in the United States.

A similar event took place in Argentina in the early 2000s. Inflation became so bad that people here in Buenos Aires would literally ask to pay for a meal before they ate it, knowing that their money would buy less at the end of the meal.

China is also buying so much gold that the people processing it all are stunned. I’ve said this before, but I think China is preparing itself for the destruction of the US dollar. The only way China can decouple themselves from the US is to start selling off their US treasuries. When they do, the US dollar is going to start to fall, which will negatively impact the vast reserves China holds in US dollars. The only way to counter this is by hedging the US currency with something else, say, some shiny yellowish metal such as gold? As gold generally goes up as the US dollar goes down, China is effectively protecting itself against the decimation of the US dollar, an event which it is in many regards in control of. So we’ll see what happens there.

So in short, the US is in a lot of trouble. Since the world financial system is heavily dependant on the US dollar, that means the world financial system is still in trouble. There are plans to remove the US dollar as the reserve currency, but they are still a ways away (and the news that the US dollar was being ditched for international trades would probably cause the US dollar to crash as well). I also think if the US treasuries get a lower rating that that too will severely impact the dollar, since it would be the first sign that some of the lustre in the United States has lost its shine.