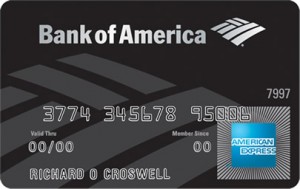 Well, it was bound to happen sooner or later. At some level I’m almost relieved that it’s out of the way. Somehow yours truly lost his bank card today.

I made two trips to the bank today, one to HSBC near Alto Palermo and one to CitiBank. At HSBC I took out 1000 pesos and at CitiBank I did the same. I made it back home, did some work, then went to a little coffee shop where I read for an hour or so.

When I got home from there I opened my wallet, and was surprised that my bank card wasn’t in it. I actually have every other card in the safe in my apartment, but because I had gone to the bank earlier I had taken it out. Normally when I use it I put it right back into my wallet again, so it was surprisingly to me that it was gone.

I ruled out theft right away, since it would be foolish for someone to take the card and not the money I had in my wallet. After talking to Gus tonight, he pointed out that most bank machines here actually keep your card until after the money comes out, so what I think happened is I simply took the money and walked away from the machine. That may sound a bit odd, but petty theft is pretty rampant here, and having 1000 pesos in your hand in a public place isn’t a smart idea, so I was mostly concerned with getting it into my pocket as fast as possible.

I was originally worried about how I was going to rectify the situation. I have planned for this eventuality, and have another debit card tied to my PC Financial account with me. It’s a little tricker to move money around to it, but it’s fully functional and I can switch over to it in a matter of days. But it’s definitely not my preferred account.

I called TD and they didn’t really want to send me a new card to Argentina. In fact, I’m not even sure how I’d pick up a new card here, since I don’t really know where the mail goes. So we took that option off the table right away.

So, thankfully the situation is all sorted out. I think when I’m in New York City at the end of March I’m going to open up a HSBC account if I can. They have branches pretty much all over the world, and I imagine in this scenario that would come in handy.