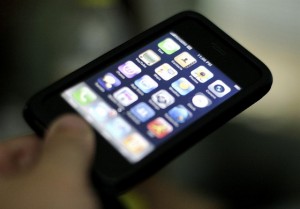 One of the biggest questions people always ask me about Buenos Aires is whether or not it is a safe city. Buenos Aires has an international reputation (at least lately) of being riddled with petty crime. Prior to coming here, I did quite a few scans on the internet and there is no shortage of sites talking about people’s personal experiences with crime in Buenos Aires. In fact, many of the locals talk about it like getting something stolen is almost a rite of passage in this city.

Upon landing in the city for the first time, you’re immediately bombarded with stores covered in iron bars and graffiti as far as the eye can see. On the surface, it definitely looks like a potentially unsafe city, at least compared to cities back home. But what’s the reality of the situation?

Likewise, most people who have a bad experience in a city or a restaurant don’t hesitate to write about, but since the expectation is to usually have a good time, people rarely write about those experiences with the same intensity. So when you scan through the forums and the blog posts, you need to be conscious of that fact.

I read a lot of entries before coming, many of which talked about just how bad the situation was here. There’s a well-known scam here where someone will spray a bit of mustard on you, and then a few people will come up to you and offer to help clean it off. While they are cleaning, someone else will usually be emptying your pockets or waiting to snag your bag when you put it down to better clean your jacket. So I was told to look out for scams involving that.

There are plenty of warnings about the subway system here (called the “subte”) regarding pickpockets. Most of them basically make you feel like if you bring anything at all of value on the subway that you should be prepared to lose it. As a result, I didn’t go anywhere near the subte for my first few weeks here, fearing the worst.

Cab drivers are rumoured to often take foreigners “the long way”, resulting in larger fares. It’s also said that when you give them a 100 peso bill, many will exchange them for a counterfeit one quickly and hand it back, stating that they can’t break a 100 peso bill – you’re left with the counterfeit, and they have the original.

When George Bush’s daughter was here a few years ago she had her phone and her purse stolen, all while being surrounded by secret service agents. So, it does happen, and the people perpetrating the crimes are good at what they do.

I personally haven’t been exposed to any crime while I have been here. The only scenario that made me uncomfortable was when I was at the Alto Palermo mall trying to get money in my first week. I went up to use the bank machine and I did a quick scan to see who was around. There was a rather seedy character sort of lurking in the shadows by a stairwell looking directly at the ATM machine. Upon noticing him, I decided to take a walk through the mall and came back about 15 minutes later to make sure he was gone. When I got back I didn’t see the guy in the same spot he was in, so I did another thorough scan, and sure enough, he was hiding on the opposite side of the mall, still lurking in the shadows and staring at the ATM machine. So I left the mall without getting any money there. I’ve been in cabs and never been cheated or scammed, and my experience with the subway system here is no more scary than riding the skytrain back home.

So other than the guy at the bank machine, I’ve never felt uncomfortable in the city or been overly concerned with having anything stolen. That said, I’ve met a fair number of people who have been exposed to crime here. I met a guy in a local bar near my house who was here from Montreal, and he has now had two iPhone’s stolen while in the city. Since Apple products are at least twice as expensive here as back home, they are hot commodities.

Another girl I know who is here from Vancouver had her wallet stolen from her backpack a few weeks ago. She was doing a bit of work in a library when she later noticed that someone had been in her backpack. She lost her bankcard and some money, but thankfully the thief didn’t take her passport or her iPhone, both of which were also in her bag.

My friends Rus and Gus brought their backpacks for a walk down Florida street, and later on they noticed that their bags had been “looked at” (see comment by Gus below).

The worst example I have heard about crime so far involved an Irish guy. He was out clubbing in a pretty seedy part of town and decided to walk back to the hostel from the pub at around 2am. He was fairly drunk and decided to pull his iPhone out and start texting people while walking down the streets toward the hostel. Sure enough, he got jumped by a few guys, and ended up getting cut by a knife – I don’t think they were trying to stab him since it was just a surface scrape, I think they were just trying to scare him and it got out of hand. He had his phone and his wallet stolen, and ended up getting a few stitches. Other than being in a financial pinch, he took it rather well, and blamed himself for being rather stupid about where he was walking late at night.

You’re probably reading that and thinking this city is really unsafe now. Truthfully though, it’s a city of 14 million people, and I suspect it’s as dangerous as most places. I consider Vancouver a really safe place, yet since I’ve been here I’ve heard a few people have died in gang related shootings, and also a few instances of other crime back home. So I think it happens everywhere. Unfortunately since tourists are usually the ones walking around with fancy phones and expensive cameras, they are predominantly targeted in cities such as these.

That said, I’ve also encountered a lot of scenarios where locals have gone out of their way to be good citizens.

Just this afternoon I went to a store and bought a pop. I asked how much it was and the guy said “ocho pesos” – that means 8 pesos. For some reason, it went into my brain as “once pesos” – 11 pesos, so I gave the guy 12 pesos. He gave me the pop, mentioned my mistake, and gave me all the change. He could have just as easily pocketed the rest and I would have never noticed.

Another expat here named Andrew dropped some pants off to get drycleaned last week. The cost of drycleaning was around 10 pesos, so he was surprised when he went to pick up the pants that they guy gave him his pants plus around 200 pesos. Apparently Andrew had left 200 pesos in the pockets of the pants and didn’t even notice. Had the person not given it back, Andrew would have never been the wiser.

So, there are good people everywhere.

In almost all cases of theft here, the person is usually targeted because they are flaunting their valuables. The Irish guy was walking down the street in a seedy part of town with an $800 USD phone – that’s about as much money as a local would make in two or three months here. He didn’t deserve to get it stolen, but you can understand the motivation for opportunity crimes such as these.

I generally don’t take out anything valuable to any areas I’m not familiar with. If I take my digital SLR out, I also bring my backpack with me and make sure I put the SLR away when I’m not using it. I also have a backpack that loads from the top, so everything inside is buried way at the bottom and not easily accessible unless you’re standing over me.

I leave my watch at home, and my iPhone buried in my pocket. Unless I’m sure there’s no one around me, I don’t bring my phone out and start using it. Many people who arrive here with expensive phones end up going down to the store and buying a cheap $100 phone that they wouldn’t care if they lost. I haven’t bothered since I keep my iPhone well hidden, but some people do.

I’ve hit the half way mark on my trip, and am hopeful that I’ll make it through my time here without getting anything stolen. So far I haven’t seen anything that would make me think that will happen, but you never know. But if you’re coming to Buenos Aires, just make sure you use some common sense. If you’re going to a part of town that is poor, don’t bring expensive items. If you do bring these items, make sure they are out of site most of the time and out of mind. When in doubt about an area, get in a cab and go to somewhere familiar.