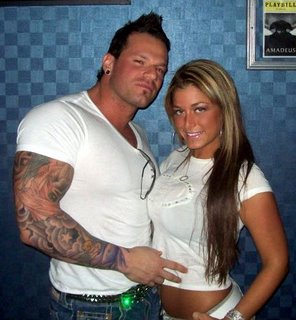 So, I’m sitting here camping, and trying to figure out just why it is that most cute girls ultimately end up dating complete Douche Bags. It’s almost universal to be honest, and while there are exceptions to the rule obviously, it’s something that I’ve never entirely understood.

A friend of mine actually just got into a new relationship, and I’m pretty sure the guy ranks a nine or a ten on the Douche Bag Scale. It’s so obvious to me in fact that I really don’t understand how she possibly can’t see it. Interestingly enough, the last guy she dated was wearing a t-shirt that said “looking for a meaningful overnight relationship” the night they met, and yet despite that glowing warning sign, still ended up dating the guy. Strangely enough she said after the fact that the t-shirt should have tipped her off, and yet she didn’t realize it. And so low and behold, it was eventually revealed that he was in fact A Douche Bag, so much so that her other guy friends were warning her that he was macking other girls while dating her.

And yet, she just started dating a new guy that could be the poster boy for the hotchickswithdouchebags website. While I’ve never met him, here are a few things I’ve seen while looking at his Facebook profile:

I mean, that last bullet alone is probably enough to hit a five on the Douche Bag scale. Maybe I’m not cutting the guy enough slack, but pretty much every guy I’ve known that had some of those characteristics was in fact, A Douche Bag.

I also found another interesting resource that talks about The Douche Bag — check it out.