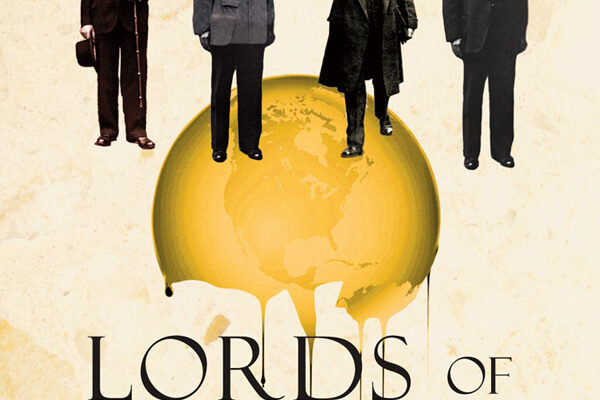 I picked up a new book while camping this weekend, Lords Of Finance: The Bankers Who Broke the World. Given that I can usually get through most books in a few hours, I’m a bit surprised that I’ve spent nearly a full day reading this new book and still have about half to go — so it must be fairly large.

Lords Of Finance is essentially a history of the modern financial system, with emphasis on the major players throughout the years. I’m currently reading about the Great Depression, and some of the decisions that led up to that.

It seems pretty clear that nobody really understands how the global financial system works. Even some of the experts described in this book differed in their interpretations of events and their recommendations for helping stabilize the system. Many of them also teetered on the brink of personal bankruptcy throughout their life, which I find rather ironic given the positions and authority many of them held.

Another interesting aspect is that ascension of the United States to their current (and rapidly deteriorating) position as the foremost financial superpower. Part of the reason for this supremacy was the reluctance of the US to enter in the first world war early. As a result, they financed a lot of the war activities with loans to Europe, many of which crippled those countries after the war and helped bring prosperity to the United States. European countries, especially France and Britain, resented the United States for its actions.

John Keynes, the father of Keynesian economics, also seemed to be a rather interesting character. This book portrays him as an obvious intellectual powerhouse, but also a bit of an oddity. It’s clean that his ideas and theories were outside of the norm at the time, even though many people sought advice from him about financial stability.

At the heart of some of his theories is the idea that the financial system should be stabilized by a key body such as the Central Bank being able to control the monetary supply. One of the tools of this position involves the raising and lowering of interest rates. A distinction needs to be made though about the control of this organization. John Keynes seemed to understand that it should be a position without government interference, as it could easily be abused. Unfortunately now, at least in the US, the role of the Fed seems to be as much ingrained in maintaining political stability and popularity than as its intended role in helping to maintain economic stability.

This book also seems to indicate that deflation, even for fiat currencies, is a normal part of the process and has occurred many times throughout history. Some of the most prosperous times in history (including the industrial revolution) occurred during deflationary periods that saw prices fall and general prosperity increase.

I still got a ways to go, but it’s definitely an interesting read that’s helping me understand how we ended up in our current predicament. If you’re looking for something to read, you should definitely pick up a copy of Lords Of Finance.