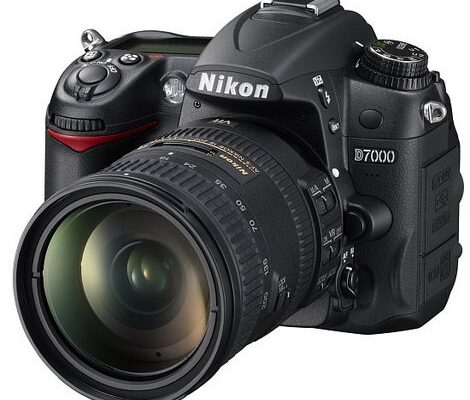 Funny. The last post I did in the photography section of this site was titled “SLR Owner, No More.” That was written in New York City back in March right after I sold my Canon SLR and purchased my micro four-thirds system.

That said, it’s always been my intention of buying some new higher-end camera gear when I had a chance. The Canon 40D I had was quite old when I sold it, and while it was still a decent camera, many advances have been made since I purchased it almost two years ago.

I’ve also hinted many times about switching to Nikon, and I finally got around to doing that a few weeks ago. London Drugs actually had a sale on for the Nikon D7000 body, and I decided to pick one up. It cost me just shy of $1,200, which is still a rather great deal in my opinion for such a great camera.

All of these features are a big step up over my previous Canon 40D. The only real change I would have made would have been to buy a full-frame camera, but after blowing a large wad of change traveling the world for four months, I decided to do one more round with a crop factor body. That said, the 1.5x crop factor of the Nikon bodies is slightly better than the 1.6x of the Canon ones, which is a nice change.

To be honest though, the feature I’m enjoying the most so far is the auto-focus assist light built into the Nikon D7000. It still amazes me that Canon doesn’t include one on all of its cameras, but instead relies on strobing the flash to help get a focus lock. If your subjects don’t immediately fall down and go into epileptic shock, it sometimes works ok. But for the most part it’s an amazingly annoying feature on Canon bodies that they really need to do away with.

I’ve been around the SLR block a few times, and at this stage in my photography career I’m a bit of a lens snob. There’s nothing wrong with a kit lens for a casual photographer or someone new to photography, but once you’ve used a really nice piece of glass, it’s really hard to go back to a kit lens. Other than the 16-35mm lens, I’ve owned most of the L-series zoom lenses from Canon including the 24-70 f/2.8L, the 70-200mm f/2.8L, and the 17-40 f/4.0L. I also owned a few primes including the 50mm f/1.4 lens (great for concerts and low-light photography).

The 24-70mm range is great on a full frame camera, but on a 1.5x crop body it acts more like a 36 – 105mm lens – you get a bit more telephoto at the expense of the wide angle. Unfortunately I really like wide angle shots, since at the very wide end you can impart a lot of drama into a situation.

So, I decided I wanted something with a relatively normal range for my first zoom. I did a quick Google search, and a pile of great reviews came back for the Sigma 17-50mm f/2.8 EX DC HSM OS.

On the Nikon D7000, the Sigma 17-50 mm lens acts like a 27-75mm lens, which is a great range for a walk-around lens. The constant f/2.8 aperture and aspherical glass components makes it comparable in optical quality with the Canon L-series glass I’m used to, and the built in image stabilization can give up to four full stops (I didn’t believe it at first, but many reviewers have said that it’s legit) of room for low light situations.

So far the less and the body have both lived up to my expectations, and I’m definitely looking forward to taking both out over the summer and seeing what they can do. I’m also in the midst of planning some new travel adventures, and a proper SLR camera will be a welcome addition to my suitcase for these future trips.