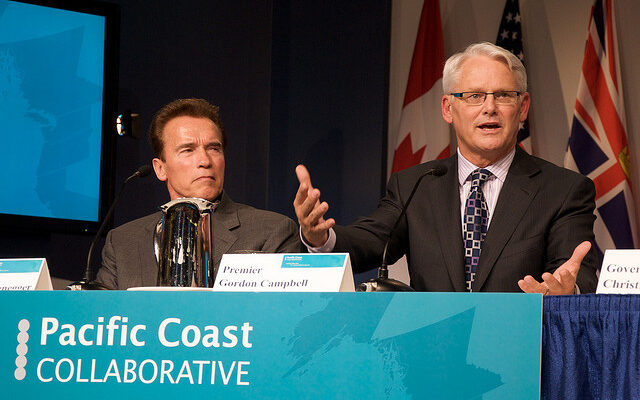 It doesn’t really come as a big surprise, but Gordon Campbell just stepped down as the premier of British Columbia. Between his handling of the Olympics and the controversy surrounding the harmonized sales tax (HST), a tax he promised not to introduce prior to getting elected, it’s no wonder most people are completely dissatisfied with his performance. I suspect the liberal party were hoping that Campbell’s announcement of a 15% income tax reduction starting in 2011 would offset the disappointment with the HST, but after his lacklustre televised address the other day, it was probably clear his ratings weren’t going […]

The HST Benefits Everyone

Well, it’s been nearly two weeks since the HST kicked in, and I thought I’d summarize some of the benefits: camping fees went up from $24 to $30 at Cultus Lake Gas went up about 5 cents per litre in Chilliwack Carbon tax on fuel went up 1.12 cents/litre the local Pharmacy started charging for all bags on July 1st a can of soda went from $1.05 to $1.15 at my favourite coffee shop BC Hydro’s Rate Rider was silently raised from one to four percent Clearly this tax is on its way to causing prices to drop on consumer […]

I actually woke up last night and thought things were shaking a bit, but thought it was due to the wind. Turns out several earthquakes struck off the coast of British Columbia last night, the largest one being a 6.6 on the Richter scale. I’ve actually experienced a few earthquakes now, one in the lower mainland when I was about 17 years old, and another one when I was visiting Tokyo (which was a bit scary, given that I was on the 37th floor or something and my cell phone was bouncing around on the table due to the quake). […]

Ok seriously. What the hell is going on in our province? First, Gordon Campbell springs the Harmonized Sales Tax on everyone, saying it will create jobs and somehow help the economy. I obviously voiced my concerns over that move, especially since the public seemed to be caught completely off-guard with the whole decision. As we all know, the 2010 Olympics are just on the horizon. We also know that several cruise ship lines recently pulled out of Vancouver since it’s a more expensive destination than surrounding ports, such as Seattle. Given how much money tourism generates in BC, you’d think […]

British Columbia just announced that they are going to be switching to a harmonized sales tax model in July of next year. Basically, instead of having a provincial sales tax (PST) of 7%, and a goods and services tax (GST) of 5%, they are going to have one combined tax, a harmonized sales tax (HST) of 12%. I’m no economist, but that seems like a pretty bad idea. Here’s a quote from the official release: This is the single biggest thing we can do to improve B.C.’s economy,” said Premier Gordon Campbell. “This is an essential step to make our […]