In 2011 I spent three months living in the beautiful country of Argentina in South America. I enjoyed my trip so much that in 2012 I went back and spent another two months there. From the steaks and tango in Buenos Aires, to the vineyards of Mendoza, to the rolling hills and epic landscape of Patagonia, the Argentina scenery all around the country is absolutely amazing. If you’re thinking about taking a trip to South America, then definitely make sure you visit Argentina, one of the prettiest countries that I’ve ever been to. It’s also a great place to eat […] 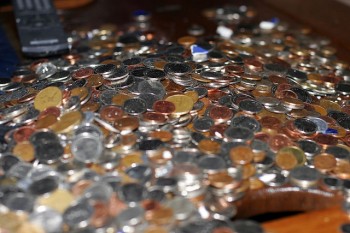 In North America, it’s pretty easy to get by without carrying much cash around. For the most part I pay for all my smaller purchases with debit these days. If I have a larger purchase to make, I generally use my credit card to accumulate some points. But outside of North America and Europe, it’s been my experience that cash is generally still king. And while having a credit card is great for emergencies (such as being able to get a hotel or a flight in a pinch), I generally make a run to an ATM machine once a week […]

So, I’ve lost track of how many days that I’ve been here. I was originally coming for something like 87 days, so it must be near day 80 or so. As the title of the post says, I’m down to only 8 days left. I spent the weekend down in Ushuaia, Argentina, the southernmost city in the world. I had a great time, and was almost sad to leave when the time came. Staying in a hostel was a great experience, and I always had people around. Compared to Buenos Aires, where I work mostly solo during the weeks, it […] 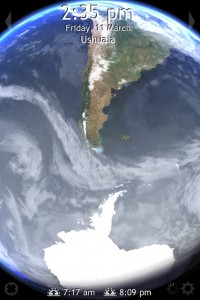 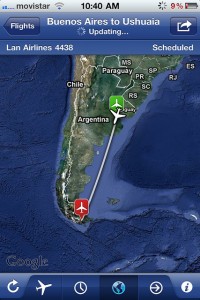 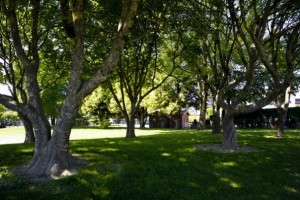 I went for a walk at lunch to clear my mind, and ended up strolling through a little park in Palermo. There was an empty bench that was cast in a bit of shade from a large tree, so I sat down with the intention of relaxing for a few minutes while listening to music. About 45 degrees to my right was another guy on a bench casually reading a book, and 45 degrees to my left was another guy who was taking a little nap on his bench. Just a couple of dudes enjoying a nice sunshiny day in […]

It shouldn’t be a huge surprise based on the previous few entries, but I’m starting to get a tad restless in Buenos Aires. Unlike Canada where the WiFi is generally reliable, the WiFi here is pretty spotty, which makes it hard to get out of the house to work. The last week and a half it’s been absolutely terrible, with constant drop outs and complete blackouts for an hour or more from time to time. Back home, I would often go to Starbucks to break the day up a bit, but the WiFi at the nearest Starbucks has been down […]