It’s November 1st, which means that shortly we are going to start seeing Christmas lights, trees, and of course all the great sales leading up to Christmas. It’s only about 7 weeks away now, and I’m sure that time will go by quickly. After travelling the world for almost three years now, I thought I would share some of my best ideas for Christmas presents for people like me. If you have someone in your family that loves to travel, or is thinking about taking a big trip, then hopefully this list will help you. I’ve ordered it by price, […]

Well, given that it’s already Christmas in some parts of the world, I wanted to write a quick post and wish a very Merry Christmas to everyone. I hope the next day or two for everyone are spent in the company of family and friends, surrounding by love and laughter. Yesterday we had Christmas over at my dad’s house, and today I’m heading over to have a mini-Christmas at my sister’s house. Tomorrow I head over to my mom’s house for dinner with that side of the family, and then Christmas is done for me. At that point I’ll finish […]

And That’s A Wrap

Well, I cooked my first thanksgiving dinner tonight, and for the most part it went off without a hitch. First, based on suggestions people made on this site, I decided to brine the turkey before hand. Brining involves soaking the turkey in a salt/water solution for 12 hours or so before cooking it, and ultimately forces moisture into the turkey, keeping it nice and juicy. My grandma hates dry turkey, and she couldn’t believe how moist the one was that came out of my oven, so definitely mission accomplished. I was a bit worried the meat would taste too salty, […]

It’s not officially Christmas yet where I am, but it’s only about six hours away on the east coast of Canada, so that’s close enough. As most people know, I moved back to my home town back in January to be closer to some of my old friends and of course my family. The last time I lived in Chilliwack in any capacity was when I was 18 years old, right before heading off for the city and university. So, this is my first Christmas as a resident of Chilliwack in about 14 years. Pretty wild now that I think […]

Ah yes, here we are. Given that we’re only four days away from Christmas, I’m starting to think that maybe I should do some of my Christmas shopping. I’m a pretty big shopping procrastinator though, so I imagine it’ll be down to the wire. Strangely enough, I haven’t really gotten into the Christmas mood yet, which is rather unusual given how much I enjoy Christmas. Last Christmas I ended up working through most of the holidays, so this year I’ve decided to take it easy and enjoy a bit of downtime. While I have a few things that I’m going […]

What Are Your Favourite Christmas Movies?

Everyone has a bunch of movies they like to watch over Christmas. Without a doubt, my favourite Christmas movie is actually Die Hard. I love watching Bruce Willis blow stuff up over the holidays. If there’s a special someone on the couch next to me, Love Actually rates fairly highly as well. How about you guys? What are your favourite movies to watch over the holidays?

Back in grade twelve, the graduating class of my high school, Sardis Senior Secondary School, performed a pretty cool version of the Grinch Who Stole Christmas for the entire school. I was kind of in the choir, even though we didn’t really sing. My friend Landy was actually the grinch, and he looked pretty hilarious wearing those green tights. The title of this post is a reference to something the grinch says near the end when he ponders the real significant of Christmas. Without a doubt, Christmas is a hard season for a lot of people. The commercialization of the […]

Help Make Christmas A Little Brighter For A Few Families 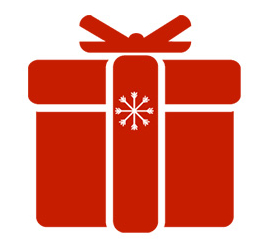 With the economy still kind of in the toilet and Christmas just around the corner, many food banks are finding that their coffers just aren’t as full as they used to be. Recently in Chilliwack there was a big food bank drive to try and remedy some of that. While many people have the luxury of being able to afford a nice Christmas dinner at home with their families, not all of them do. To that end, Dale and I have put together a Food Bank Drive where the proceeds will go towards the purchase of many non-perishable items that […]

The Holidays And The Move

On Monday I made the trek to Chilliwack out from Vancouver. The timing was actually perfect, since the roads were fairly bare when I left Vancouver, and are now pretty clogged up with snow. It’s been snowing off and on here in Chilliwack, but at least driving around is feasible. The forecast is currently calling for rain for the next few days, followed by more snow probably on Monday. That basically means I’ll be making the journey back into Vancouver sometime this weekend, hopefully before the next wave of God’s winter-fury hit’s British Columbia. So far, it’s been a very […]