We live in interesting times. The United States is only a few weeks away from what potentially could be one of the largest defaults in world history. Given how the Republicans do not want to increase taxes and that the Democrats do not want to decrease spending, the only machinery that can prevent this default is currently seized up. Obama was so upset the other day during negotiations that he just up and left. Moodys once again threatened to lower the outlook on US treasuries. Given that the US is on the verge of a default, they are a little […] 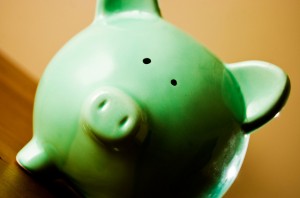 I’ve been meaning to do a posting about the Garth Turner event the other day, but haven’t gotten around to it. While Garth is a good public speaker, I didn’t really learn anything at the event that I didn’t already know or believe. Yes, Garth believes real estate in Canada is in for a rocky ride, as do I. Yes, we are about to head into a period of asset deflation following by price inflation. I’ve spent the last six months reading tons of books on investing and retirement, partially because I’m interesting in the subject, and partially because I’ve […]

As you can see, things around here have changed. I finally got around to doing something I’ve wanted to do for quite sometime – I’ve removed all my old entries. Obviously I have backups of everything I wrote, and can reimport things at a later time. But truthfully, pretty much everything I wrote in the old days is all over the map, and I’ve been thinking about starting to write consistently in a few different areas. In terms of the look and feel, this is the default 2010 theme with WordPress 3.0. I debated spending some time re-theming this site […]

Entry #7: Most People Only 11 Days From Financial Ruin

I read this interesting article today that basically said that most people in the United States were only 11 days away from financial ruin. That is, if they were to lose their jobs tomorrow, they only have enough money to last for about 11 days: More than a third of adults could survive financially for only 11 days if they were to lose their job or be too ill to work, according to a survey. The finding gives a worrying insight into the lives of millions who are living on a financial tightrope. Researchers looked at how much people spend […]