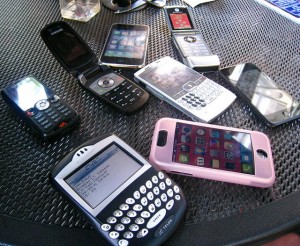 I’m sure most of us have some story about a friend of ours who got dinged several hundred dollars or more in roaming charges while out of the country. My friend Chris has a $6,000 bill in Australia, something that unfortunately still happens quite often due to amazingly high roaming rates in some countries. I’ve been fortunate in that I haven’t been exposed to any high fees, and have in fact often spent less in other countries than back in Canada. I spent some time speaking to Gillian Shaw on the phone yesterday regarding some of my experiences with my […]

For the most part, I don’t really keep up with celebrity gossip, and can’t remember the last time I paid any notice to any of those garbage magazines in the super markets. When I was down in Punta Cana, I caught something one day about Tiger Woods but didn’t really understand what had happened. Jump ahead a few days later, and the TV was full of information about his alleged affairs. Nobody is perfect, and everyone slips up from time to time. That said, when two people step up to that alter and proclaim their love for each other, it […]

Just a quick post. I met up with Arieanna this morning at the helicopter pad for our trip to Victoria. The helicopter was a lot of fun, and surprisingly smooth. We picked up our media passes a while ago, and are about to go get some fish and chips somewhere. Look for more shots later. You can follow my Flickr stream by clicking here. Also, I’ll be posting to Twitter from my iPhone throughout the day, so add me on Twitter here.

On Friday morning I’ll be flying out to the Juno awards in Calgary. There’s a press conference at noon sharp where the media will get to view the entire setup as well as talk to Russell Peters, the host of the Juno Awards. I was originally going to fly out around noon, but I just got the email about the press conference so I might take the full day off and fly out at 7am, assuming I can change my flight. I’m still waiting on a few image assets from the Juno organization, but I’ve started putting together a page […]

Yesterday afternoon I placed a few calls and booked myself into the Calgary hotel where all the media are staying for the Junos. It’s right downtown and should be close to all the major events. I actually have a few friends from high school out that way, so I’m looking forward to seeing some of them again on their own turf. I went to Flickr late last night and did a search for Juno photographs. Surprisingly, I couldn’t really find any. I spent some time thinking about what that means and either a) bloggers and new-media type people typically don’t […]

There are a bunch of guys over at my place right now, messing around with blogs, media, podcasts, and of course, beer. Right now it’s John Bollwitt, John Biehler, and Boris Mann is downstairs with the next shipment of beer. I’ll update this as the day/night goes on. We all have a few projects we want to do. I’m currently moving all my websites over to Media Temple, which is basically easy but requires a bunch of grunt work to pull off. After that I’m going to attempt to make really awesome movie/mp3 player for WordPress. John Bollwitt making scrambled […]

I was reading a quote by Donald Rumsfeld this morning: Private media does not get up in the morning and say what can we do to promote the values and ideas that the free Western nations believe in? It gets up in the morning and says they’re going to try to make money by selling whatever they sell… The way they decided to do that is to be dramatic and if it bleeds it leads is the common statement in the media today. They’ve got their job, and they have to do that, and that’s what they do. We need […]