US Could Default On Debt Payments

I’m scheduling this post for when I’m out tomorrow for a while, so it’s possible the US may find some common ground on the current US debt negotiations. I don’t it though. Right now things aren’t looking very good for the United States, and the time is almost out where a solution can be reached and implemented before the debt ceiling expires. Negotiations continue to stall, and both sides seem unwilling to deal with some of the harder issues, like coming up with a long term financial strategy that will reduce the deficit and the debt. I actually thought there […] 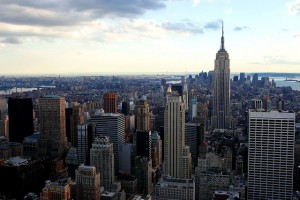 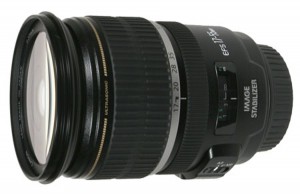 Pull Out The Pin, The Bubble’s About To Pop

Despite having a relatively positive outlook about the economy previously, the Fed today just downgraded all its forecasts and even mentioned the taboo “D” word, deflation. I thought it would be fun to post a few of the more educated comments from CNN here. Keynesian versus Austrian economic theory. Keynes 0, Austrians 1. Now pull up a lawn chair, pop a cold one, and kick back to the soothing hissing sound of every asset class deflating… ~ Jim Koutras I got my beer chilling in the fridge. You do realize that the only reason we’re in this mess is because […]

That’s probably the hardest question to answer nowadays for me when crossing the border. My life and my job are pretty intricately mixed nowadays, that it’s often hard to differentiate between the two. For example, when I went to WordCamp San Francisco, I was asked that question by the border agent. The conference I was attending definitely interested me on a personal level, especially since I have a personal blog, but clearly I can extract some business value out of it as well. So is it a business trip, or one for pleasure? The problem with going down the business […]

An Open Letter To The People Of The United States

This is an open letter to the people of the United States, namely those people who think universal (or government run) health care is bad. In November of 2006 four idiots I had never met threw me through the plate glass window of a 7-11. Apparently, it was a fun thing to do after a few beers. I ended up in the hospital that night with five fractures in my face. Approximately two weeks later I had surgery to repair the damage to my face, and ended up getting a piece of plastic surgically fitted under my left eye. Without […]

A Line Drawn In Time

It’s been a few days now since president-elect Barack Obama won the election, and I thought I would share a few thoughts. The day of the election I saw an interview with a prominent African American on CNN who said that should Obama win, you would literally be able to divide the history of the United States into two time periods: the period before Obama, and the period after. He said from that moment on, you would no longer be able to say that certain things were not possible in the US if you were a person of colour. For […]

There Are No Words

On September 11th, 2001, I was working in the middle of a clean room in a tiny building somewhere in the middle of Ottawa. Upon walking down the hall, I learned from a co-worker that a plane had just struck the World Trade Center. Thinking it was just an accident, I continued on with my job without any more thought to the event. Upon learning that another plane had hit the second World Trade Center building less than an hour later, I began to realize the magnitude of the day’s events. A few hours later, I would find myself across […]