I few months ago I blogged about the fact that I had finally purchased a ticket to go to Peru and see Machu Picchu. Unfortunately due to the launch of WPtouch Pro 3, I wasn’t able to go at the time, and ended up tossing a $1,000 plane ticket in the garbage since Expedia wouldn’t give me a refund. All in all though the launch was a big success, so I can’t really complain. Sacrifices like that are part of owning your own business, and why I personally don’t feel as guilty when I enjoy a bit of relaxation time […]

Budgeting For A Big Adventure 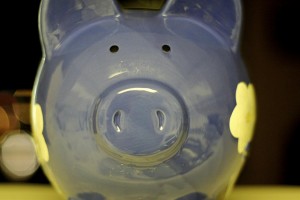 For whatever reason, people keep acting like the only way to do what I’m doing is to be filthy rich. That is the myth I mentioned in my other post about world travel only being attainable for millionaires. Tim Ferris has a great example in his book about some actor saying if he won a million dollars he would take a few months off and motorcycle around Thailand – Tim’s point is that you can do that for probably a few thousand dollars, so no need to gamble that experience on the lottery, just save for six months and then […]

I read this fairly alarming (although not entirely surprising) article yesterday detailing how prescription drugs are being detected in municipal water sources. A vast array of pharmaceuticals — including antibiotics, anti-convulsants, mood stabilizers and sex hormones — have been found in the drinking water supplies of at least 41 million Americans, an Associated Press investigation shows. .. â€¢ Officials in Philadelphia, Pennsylvania, said testing there discovered 56 pharmaceuticals or byproducts in treated drinking water, including medicines for pain, infection, high cholesterol, asthma, epilepsy, mental illness and heart problems. Sixty-three pharmaceuticals or byproducts were found in the city’s watersheds. Anti-epileptic and […]