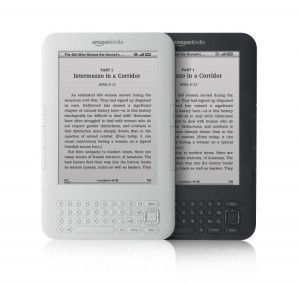 I came to Buenos Aires with an iPad, a Macbook Pro, a Canon DLSR, a 28mm lens, a Kodak Playsport HD camera, and a Canon something or other point and shoot camera – quite the load. Here’s a little update on how it’s going. The Good The iPad is great for reading at home, but it’s not so good for reading out in public in a city with a lot of petty crime. In fact, I don’t think I’ve seen a single iPad down here since I’ve arrived. As a result, I’m thankful I brought my Kindle with me, since […] 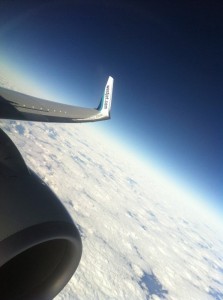 We have limited flight options here in Canada, one of which is WestJet. Compared to some of their competitors, WestJet comes across as fun, receptive, and youthful, which is why I do my best to fly WestJet whenever I can. Every Wednesday, WestJet asks people via their Twitter stream (@westjet) to submit photos of the winglets on their planes. For those of you who don’t know, a winglet is the little tip that points up on the edge of the wings. Winglets technically increase drag on the airplane, but decrease the turbulence from wingtip vortices. In most cases winglets improve […] 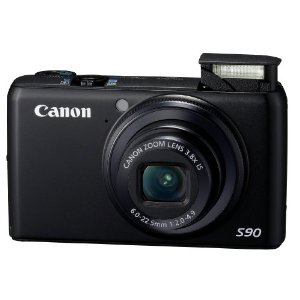 About a month ago I was in my room moving some stuff around when I heard a big thump. Looking down, my SLR had taken a small dive off of my bed and landed directly on my Flash unit. Unfortunately, being that the mount is this flimsy plastic thing, it immediately snapped, rendering the 430EX Flash pretty much useless. I spent a little time investigating whether or not it may be fixable. Not only is it fixable, but it can be done at home for relatively cheap. The first step is to order the part online. I actually found a […]

I realized last night that I’m sort of envious of the people who only post their best photos to their Flickr stream for the purpose of showcasing work or soliciting opinions on techniques. Given that my current Flickr account is pretty jam packed of personal photos, I thought I would start a second account for mainly my high-quality photos or photos that I’ve taken time to process and enhance. If you’re interested in following along, the new account is here. Feel free to add me as a contact and I’ll add you back. I’m going to challenge myself to try […]

As most people know, I spent a lot of my time in Vancouver taking photos of the city. I was one of the first people in the city to dabble with high dynamic range imagery, and because I carried my wideangle lens around with me quite often, ended up with quite a few HDR images of Vancouver. While down in the Dominican, I was talking to Dale about possibly putting together a little package for media organizations during the Olympics. While in the process of putting that together over the last few weeks, I figured I might as well put […]

A long time ago I wrote that I had started to try and turn the Crossroads Flickr plugin into a full-featured stock photography plugin. Unfortunately, I haven’t had much time to work on it in the last six months, but finally sat down last night to start to hack on it a bit more. I’m thankful to say that I’ve finally put most of the pieces together such that I now have a full featured stock photography section on my website powered almost exclusively by Flickr. If you’d like to browse around, I suggest you head over to Leslie Feist […]

Without a doubt, shooting in low-light conditions is one of the most challenging aspects of taking photographs. I would still probably rate weddings a bit more challenging (since most weddings include some elements of low-light in addition to outdoor shots), but it’s definitely near the top of my difficulty scale. With the advent of digital cameras, most SLR bodies now have the ability to allow the user to arbitrarily increase the ISO setting on the camera in order to improve the low-light responsiveness. So obviously when a photographer encounters a low-light situation, he or she can simply increase the ISO […]