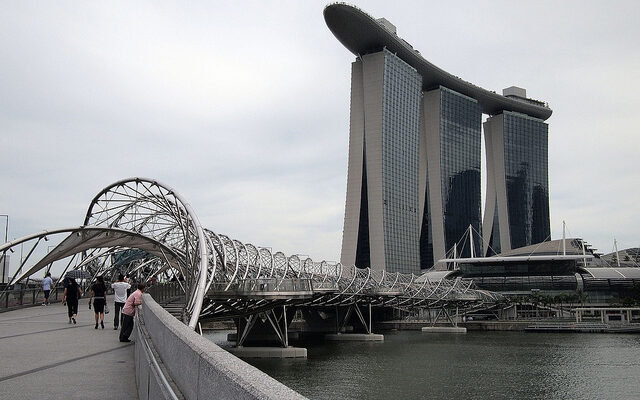 I checked out my hotel in Ubud, Bali and made my way down to the airport. I gotta say, driving in Bali is one of the scarier driving experiences I’ve ever had. People are fairly ruthless on the roads, and most of the paid drivers are extremely agressive (passing in the other lane when there’s lots of traffic). You sort of have to trust that these guys know what they are doing, and do your best not to pay too much attention to what is going on.

I heard that traffic might be bad, so I left the hotel early knowing I’d probably end up with time to kill at the airport. Unfortunately for me the free WiFi was pretty much useless, and there’s absolutely nothing to do in the airport other than buy duty free and eat a few token items. One thing that is a bit annoying is that most of the stores in the airports have touts out front trying to get you to come in, so even when you’re just walking around trying to kill some time you have to put up with people calling out to you and trying to get you into the store or restaurant.

I ended up sitting next to a cute english girl on the plane, so we basically chatted it up the whole time to Singapore. That was actually really good, because the flight hit some bumpy turbulence and I left all my Ativan back in Thailand (Singapore, Malaysia and Indonesia have really strict drugs laws, so even though I had a prescription, I didn’t want to deal with any paperwork or the hassle). So the conversation helped keep my mind off of the flight.

The main reason I was planning on visiting Singapore for a few days was to see my friend, Jan, someone I met years ago back in Ottawa at my first high-tech job. He normally lives in Chicago, and despite my attempts to get out that way over the past few years, I’ve never been able to make it happen. So when he emailed me a month or two ago and said he would be in Singapore, I thought it would be a good opportunity for us to catch up.

First, Singapore is expensive. Like crazy expensive. I’ve been to London, Tokyo and New York, and Singapore blows them all out of the water. My friend had a two bedroom apartment downtown and it was costing him $6,000 Singapore dollars a month (probably around $5,000 CAD). For that price you can probably get a ritzy penthouse in some parts of Coal Harbour, or a whole floor apartment in Manhattan.

If you don’t mind eating from little food stalls in obscure parts of town, then you can get a cheap meal for around $6 – $8 dollars. But if you’re eating at restaurants, expect to pay $20 – $25 a regular meal. If you like to drink, you’re basically screwed. Walking around you see advertisements for Tiger beer (which isn’t that great) for $15 a bottle. In Thailand you can get that same bottle of beer for about $2.

Everyone says that when you’re in Singapore you really need to head to the top of the Marina Sands hotel and check out the view (or the infinity pool, which is pretty hard to get into now unless you’re staying at the hotel). My friend and I got a voucher for the Sky Bar and went up for a drink. Granted, it’s a pretty touristy destination, but two beers cost us about $40.

While it was great visiting my friend in Singapore, the crazy costs make it a pretty expensive destination compared to most other places in South East Asia. There was a guy I met at the hostel in Kuala Lumpur who went to Singapore as well, and after about 36 hours there he simply got on a bus and went back, mainly due to how expensive the city was. If you’re looking at going to Singapore, then I highly recommend grabbing a guide such as Lonely Planet Singapore Guide to find out where some of the best deals can be found.

After a few days of exploring and drinking on the town, I grabbed the MRT and headed back to the airport for my flight back to Koh Samui. I had a slight layover in Phuket which was a bit of a pain, but was back at my apartment around supper time, just in time to do some laundry and get caught up with Scott and Sam.

I’m only here in Koh Samui for two more days, and then I’m scheduled to take a flight up to Bangkok on Friday. While Koh Samui is fairly removed from the flooding, we’re starting to feel the effects down here in the form of water shortages. I’m not sure what to expect in Bangkok, but I’ll be watching things carefully to see if the area around my hotel is still accessible. I called Air Canada yesterday to see about moving my flight to Auckland ahead a few days (basically so I could bypass Bangkok altogether), but after a few failed phone calls, being dropped once by their phone system, and a customer support agent who didn’t have the ability to actually change my ticket, I finally gave up. So right now the plan is to head to Bangkok on Friday, spend a few days in the city, and then catch my flight to Auckland on Monday night (which is a long journey – I have a two hour flight to Kuala Lumpur, a ten hour layover there, then another ten hour flight to Auckland).