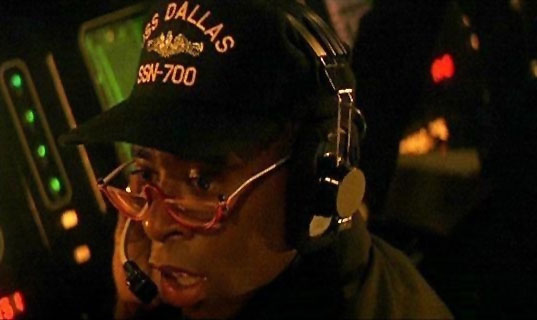 In the movie The Hunt For Red October the Russian submarine captains use a technique called a Crazy Ivan by the Americans. Basically every once and a while the Russian captains will make the submarine do a complete circle, startling any potential followers behind them. Unless the other submarine is extremely careful, the Crazy Ivan is meant to detect them since it will likely catch them by surprise.

I have a similar technique I use for keeping safe while traveling, in that every so often, usually every few minutes, I do a full scan of everything and everyone around me. Normally it’s when I come to a stop at a crosswalk, or when I stop to look something up on my phone. Usually I’ll just look up, take a look at my surroundings, and see if anyone is looking at me.

Occasionally someone is looking, but it’s usually benign- just someone else taking a look at what’s around. But once and while you can sometimes spot someone who might be up to no-good. For example, I did one of my Crazy Ivans in Buenos Aires right before I used a bank machine in the Palermo Alto shopping mall. Sure enough, my eye caught some guy in the shadows watching people use the ATM machine. I decided to go for a walk and come back later. Upon arriving back 15 minutes later, I did another routine scan and saw him again, over in another corner, staring at people using the ATM machine. So at that point I left.

I’ve never had any issues while traveling, but I think it’s important to stay alert and always be aware of your surroundings. Even if someone is targeting you for a pickpocket attempt, they’ll likely move on to someone else if you look like you’re watching your surroundings and your personal belongings.